Synesthesia is the newest addition to our family. With a name meaning "United Senses" we have high hopes for this new partner in the ring. Her sire, CH Kismet Slipstream No-Hitter, was Best of Winners and Best Bred By Exhibitor at the German Shorthaired Pointer Club of America National Specialty Show in 2017 and her dam, CH Kruz Edelmarke Shimmer of Gold (Australian import), was Reserve Winner's Bitch at the same National Specialty. We are so excited to see what this little one does!

Syn attended her first AKC show in February. Competing in the 4-6 Month Beginner Puppy class where she was awarded a Group 1 and Reserve Best in Show

Next Syn competed at her first "real" AKC show in March at 6 months and 1 week. She came away with her first Major, going Best of Breed over Specials for 4 points.

She picked up 7 points and a Puppy Group 3 from the 6-9 Month Class.

At 10 Months old Syn was awarded her second Best of Breed and was a superstar in the Group ring in California. This finished her Puppy of Achievement Award from the American Kennel Club.

A month later, Syn earns her second major against some beautiful California competition in Williams, AZ.

The first weekend of February 2020 Synesthesia was awarded Best of Opposite Sex at the Sahuaro State shows in Phoenix, Arizona over Specials. This completed her Championships with another 4 point major. That afternoon she won her first Group 2 in the Owner Handled Group Ring. Across the weekend she went Best of Opposite two more times and Best Of Breed once to earn two Grand Champion Majors. She also was awarded Group 1 in the Owner Handled Group Ring.

The following weekend Syn headed to the field and picked up a Junior Hunter pass.

February 15th and 16th of 2020 Syn competed at the IABCA Shows in Phoenix, AZ where she received outstanding remarks from all of the judges and earned her International Championship.

Syn finished up the 2020 Owner Handled Season with five Group 4 Placements ranking her in the Top 10 Owner Handled German Shorthaired Pointers for 2020.

In November of 2020 Syn finished her Grand Championship in Tucson, AZ. That same weekend she achieved her first Owner Handled Reserve Best in Show and another Owner Handled Group 2.

With the slow down in the show schedule, Syn has been working on her fieldwork. In February 2021, Syn returned to the bird field and picked up two more Junior Hunter passes.

Summer of 2021 saw Syn earn her Junior Hunter and Rally Novice title which met the requirements for the GSPCA Versatility Certificate. This is a program we strongly believe in and strive for with all of our dogs. 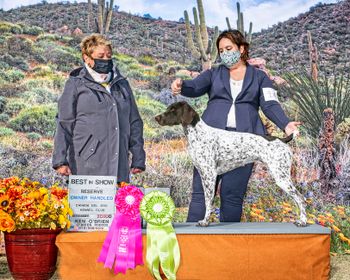 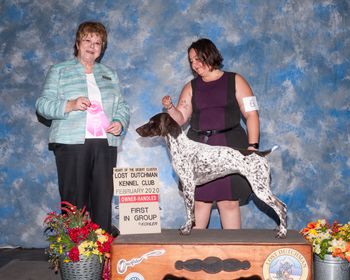 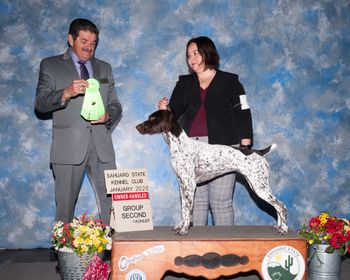 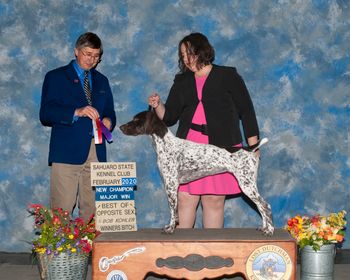 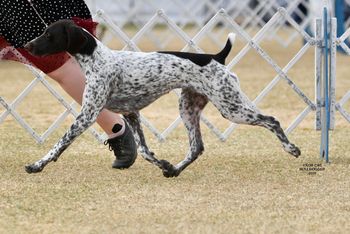 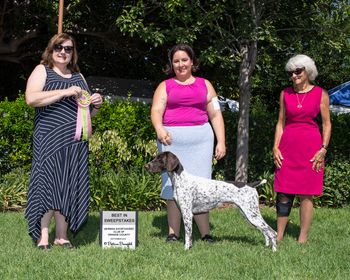 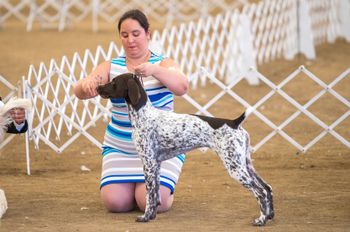 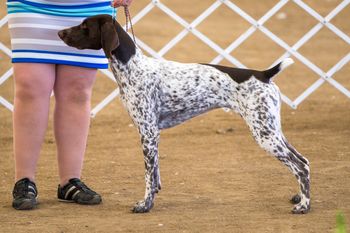 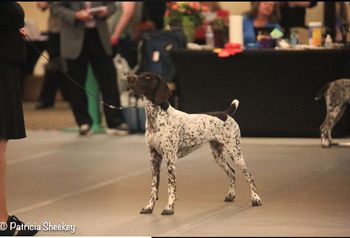 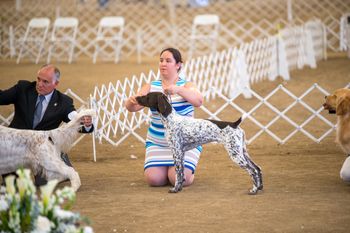 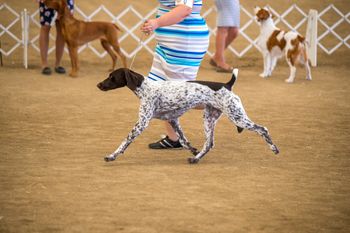 In the Sporting Group 10 Mos 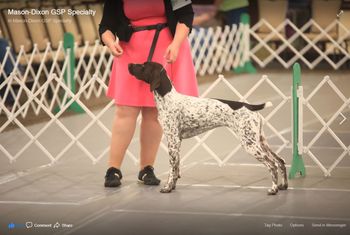 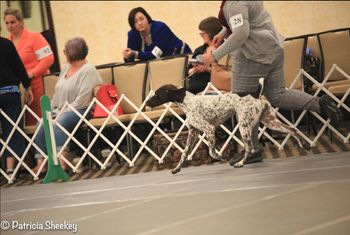 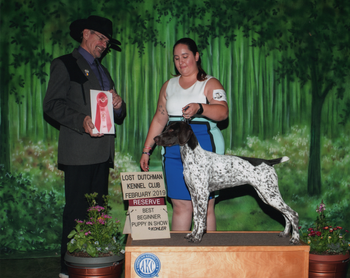 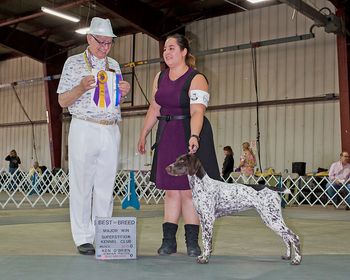 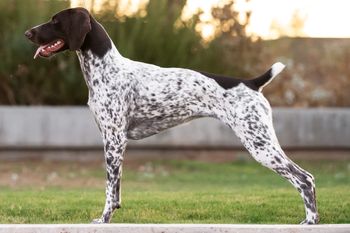 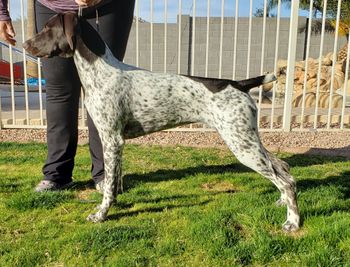 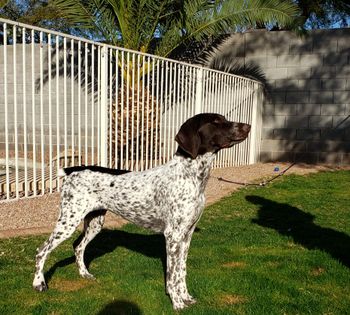 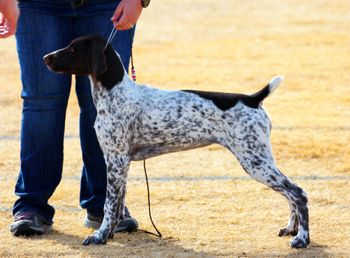 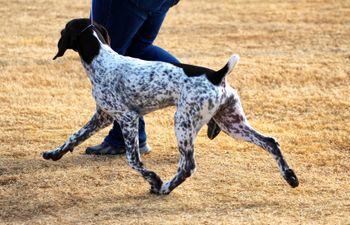 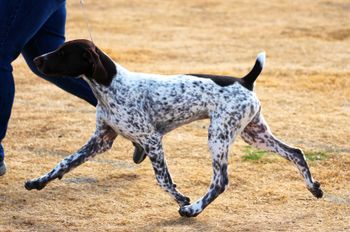 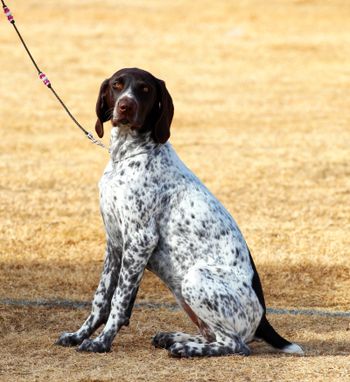 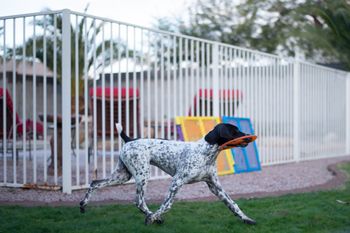 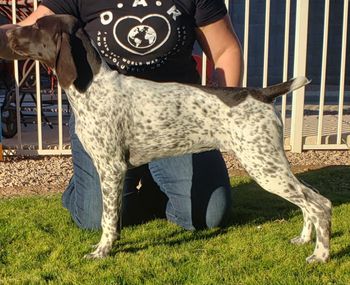 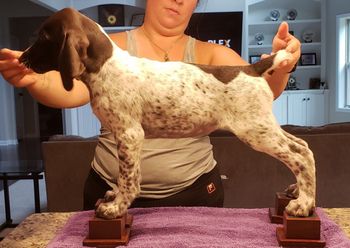 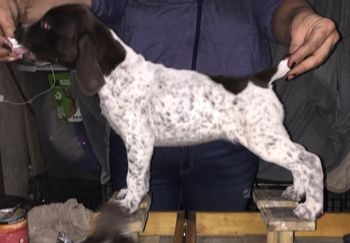 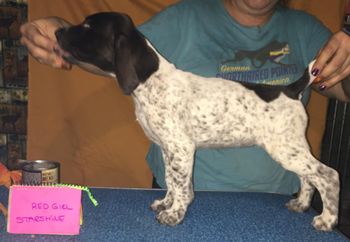 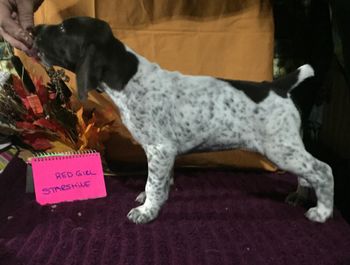 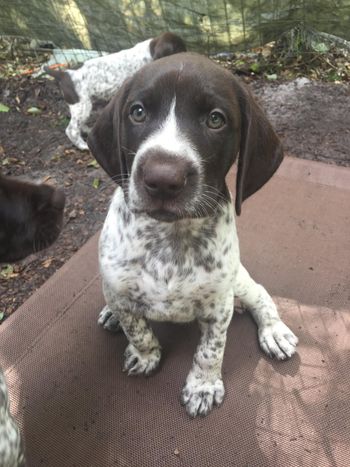 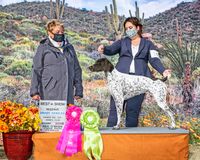