Chance has been any breeder's dream. He stayed in Colorado with his wonderful family. He made his showing debut at the German Shorthaired Pointer Club of Colorado Specialties in 2017; winning Winner's Dog for his first four-point Major, Best in Puppy Sweeps and two Best Puppy Awards at 6 months old. He finished his AKC Championship at 9 months old with four Majors and a Puppy Group 2.

After finishing he has been pursuing hunt training but has made some appearances in the show ring. Including the 2018 GSPCA National Specialty where he won his Sweepstakes class and earned a 3rd Place in his Futurity class. He has also already grabbed two Grand Champion Majors including Best of Opposite at the Mile High Sporting Dog Specialty and German Shorthaired Pointer Club of Colorado Specialties. He has his mom's incredible temperament and his father's effortless movement.

In early 2019 Chance finished his Grand Championship with two Major Best of Breed wins in Colorado. 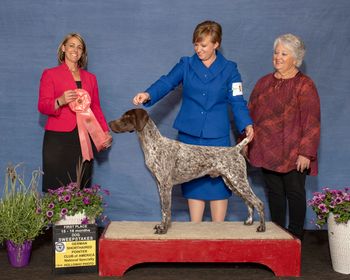 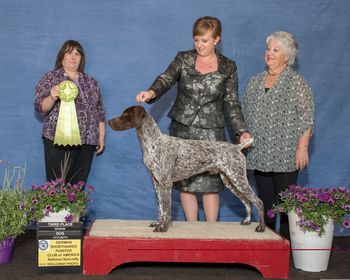 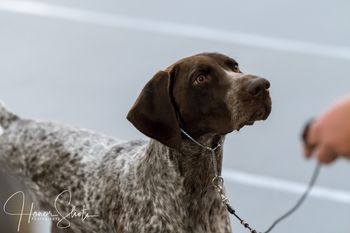 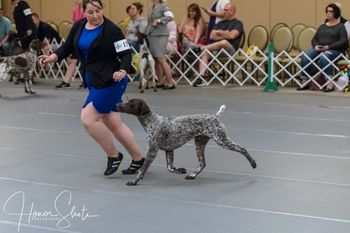 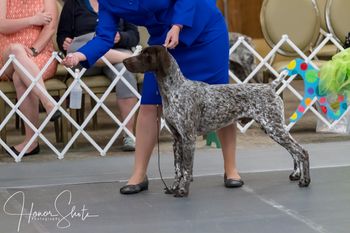 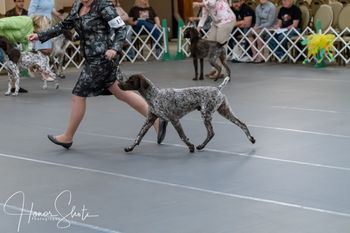 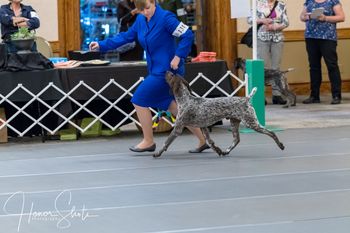 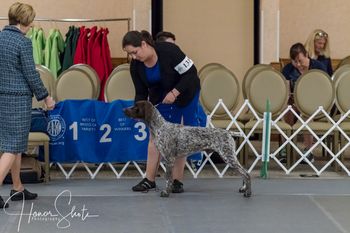 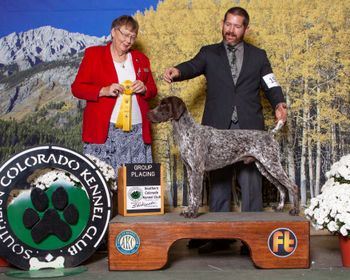